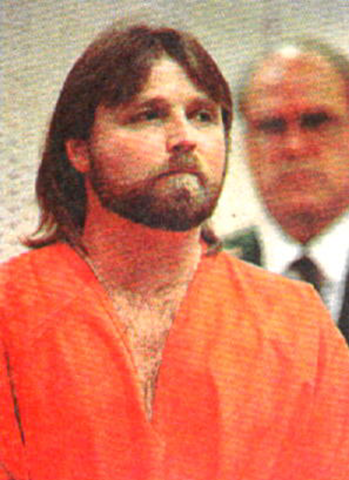 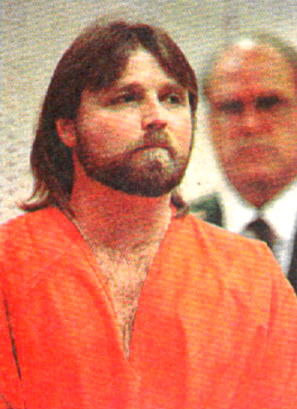 Glen Edward Rogers, known as The Cross Country Killer or The Casanova Killer, was placed on the FBI’s Most Wanted list after a roaming crime spree on September 28, 1995. He was captured, tried, and convicted of two murders. He claims he killed 68 more including the unsolved murders of Nicole Brown Simpson and Ronald Goldman which OJ Simpson was tried and acquitted for.

Rogers has never been a stranger to trouble. He was kicked out of high school when he was just 16 years old. After the expulsion, his 14-year-old girlfriend (Deborah Ann Nix) became pregnant from another boy. Despite the betrayal, Rogers married Deborah, accepting the bastard child as his own. Two years later Nix filed for divorce alleging brutal physical abuse. When police arrived at the home to arrest Rogers, he stuck a lit blowtorch through the door’s peephole.

In the early 1990’s, Rogers settled in Kentucky for a while, to be close to his parents, before adopting a drifter-style life and moving about the country. By 1994, Rogers made his way to southern California.  Shortly after, authorities found the body of his roommate, Mark Peters, under a pile of furniture.

The unsolved murder of Mark Peters

On January 10, 1994, the body of 71-year-old Mark Peters was found in a cabin in Beattyville, Kentucky. Sometime around October 1993, Peters had taken Rogers in and allowed him to live in his home. When Rogers’ brother had not heard from him for over a month, he called police and reported him missing. This prompted police to search Peters’ cabin where they found Peters body bound to a chair and covered with a pile of furniture.

The murder of Sandra Gallagher 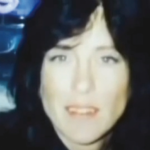 In late 1995, Rogers met 33-year-old Sandra Gallagher in a bar in Van Nuys, California. They drank together for a while, then left in her truck. The next day, police found her burnt-out truck in Van Nuys near Rogers’ apartment. Inside was Gallagher’s body. A later autopsy revealed she had been strangled.

After the Gallagher murder, Rogers fled eastward making his way through Mississippi to Florida. It did not take long for the FBI to pin Gallagher’s murder on Roger. He was placed on the Most Wanted list and a massive nationwide manhunt began.

Rogers’ movement east was easy to follow – he left a trail of bodies. On November 3, police found the body of Linda Price in her bathtub in Jackson, Mississippi. She had been stabbed to death. It was later learned that Rogers had met Price at a tent-bar while attending the Mississippi State Fair. They briefly shared an apartment before Price’s family reported her missing.

Two days later, on November 5, 1995, the body of Tina Marie Cribbs was found in a motel bathtub in Tampa, Florida. She had been stabbed repeatedly. Authorities noticed evidence that the assailant had purposely twisted the knife with each stab, inflicting as much pain in the victim as possible. She was last seen leaving the Showtown Barn bar in Tampa with Rogers. A motel clerk said Rogers had arrived at the motel in a cab a few days earlier. On the day he fled, Rogers had paid for an extra night and asked that nobody clean his room. He was seen leaving the motel in a white Ford Festiva.

On November 6, 1995, Rogers wallet was found in a rest area on Interstate 10 in northern Florida. The prints on the wallet matched prints found at the Tina Marie Cribbs crime scene. Rogers was making his way west again.

Another victim, Andy Jiles Sutton, was found on November 11 in Bossier City, Louisiana. She had been stabbed to death in her bedroom two days prior.

The arrest of Glen Edward Rogers

On November 13, 1995, Kentucky police received a phone call from Rogers’ cousin saying her had just left her house. Police found him on a two-lane road in Richmond. He was sitting in Cribbs’ car drinking a beer. They say Rogers took one long swig of beer then threw the empty beer can at the squad car before speeding off. After a fifteen-mile chase, Rogers was run off the road and arrested. 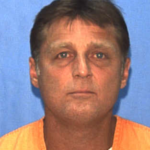 On July 11, 1997, Rogers was convicted of murder in a Tampa, Florida courtroom. His brother told reporters:

“If you watch my brother — he’s been sitting watching a movie. I don’t think reality has set in.”

In October 1998, Rogers was extradited to California for the trial of Sandra Gallagher. He was convicted of murder on June 22, 1999 and sentenced to death. He was then transported back to Florida to serve his prison term.

In 2012, Rogers claimed he, not O.J., murdered Nicole Brown Simpson and Ronald Goldman outside Nicole’s home. He explained that O.J. Simpson offered him money to steal a set of diamond earrings from Nicole. Rogers claims that Simpson added that “he may have to kill the bitch” in order to obtain the jewelry. Rogers’ brother confirmed the confession recalling his brother once telling him that he was at a Nicole Simpson party and that he may have to “take her down”.

Bizarrely, we know that in 1994 Rogers was in Los Angeles, working odd construction jobs to make ends meet. It was that year when he took a job painting Nicole Brown Simpson’s home.