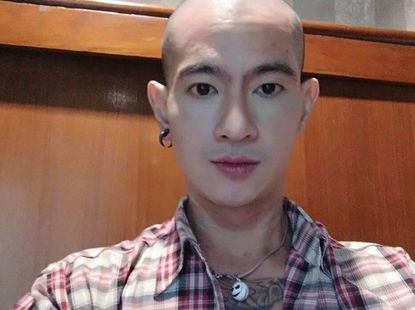 They are calling him the Thai Ted Bundy. 40-year-old wealthy real estate heir Apichai Ongwisit was arrested last week at his Bangkok mansion for the murder of Warinthorn Chaiyachet, Ongwisit’s live-in lover. Now police say hundreds of human bones have been discovered in his estate’s pond. 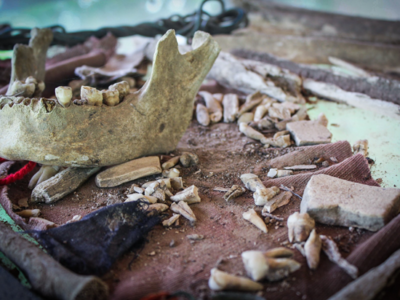 Warinthorn Chaiyachet had previously submitted a criminal report against the multi-millionaire. When officers arrived at the estate to question her, she could not be found. They began to investigate and were approached by an informant who claimed to have knowledge about crimes Ongwisit had committed. Investigators worked with the informant who told them that Chaiyachet had been murdered by Ongwisit.

The informant told police that Ongwisit was extremely jealous. To keep her from going out at night, he locked Warinthorn in a metal casket before going to bed. During one of these “punishments”, the woman had suffocated and died.

Police obtained a warrant and searched the estate’s premises. When the informant told police that Ongwisit had stocked a pond on the property with alligators and carnivorous fish in order to dispose of human bodies, they brought in divers to search the waters. What they found stunned them – hundreds of human bones belonging to dozens of victims, including his live-in girlfriend, Chaiyachet.

“The investigation has found several women who were involved with the culprit have disappeared. They include his friends, girlfriends and prostitutes.”

Violence runs in the family. Ongwisit’s father was arrested for murder in 1983. In that case, police accused him of killing and dismembering a 15-year-old girl. He was shot and killed before the case went to trial. The murder was believed to have been orchestrated by the killer’s mother who fled the country with Ongwisit’s younger sister.