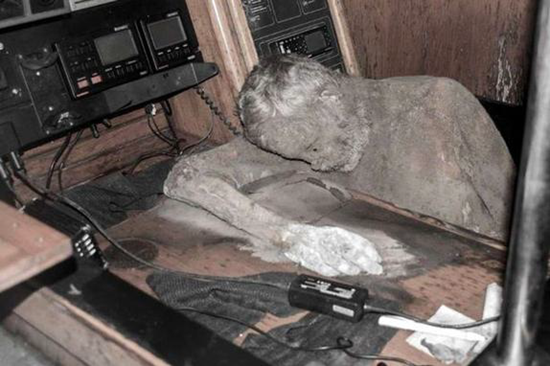 On February 27, 2016, two fishermen in the Philippines discovered the boat of a German adventurer who had been missing for several years. The boat was floating 40 miles off the coast of the Philippines in the seas off Surigao del Sur province when the fisherman spotted the drifting vessel and boarded it. Inside the boat, the fishermen found the mummified body of Manfred Fritz Bajorat, sitting at his desk, radio microphone still in hand. Bajorat had been drifting lifelessly around the world for years. 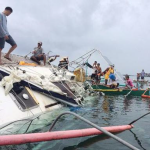 Bajorat’s body was found near the radio telephone of his 40-foot yacht (the Sayo) as if he was attempting to make a mayday call on the radio. The hot, dry ocean winds and salty air helped preserve his body while dried body fluids kept the body from moving out of place.

It is not clear when Bajorat died or how he met his end but the way he was sitting seems to indicate the death was unexpected, perhaps from a heart attack. The mast of the boat was broken and much of the cabin was submerged underwater. A friend of Bajorat told reporters:

“He was a very experienced sailor. I don’t believe he would have sailed into a storm. I believe the mast broke after Manfred was already dead.”

Bajorat was identified by personal items near his body – photographs and a haunting letter to his wife, Claudia, who died from cancer while Bajorat was at sea.  The note read:

“Thirty years we’re been together on the same path. Then the power of the demons was stronger than the will to live. You’re gone. May your soul find its peace. Your Manfred.” 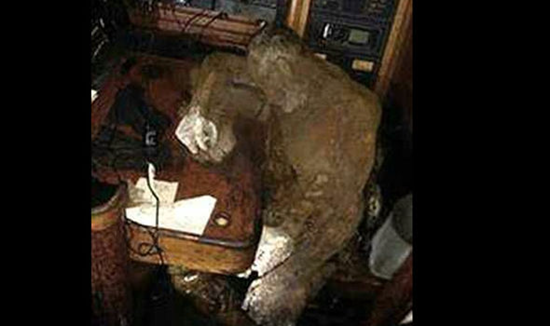