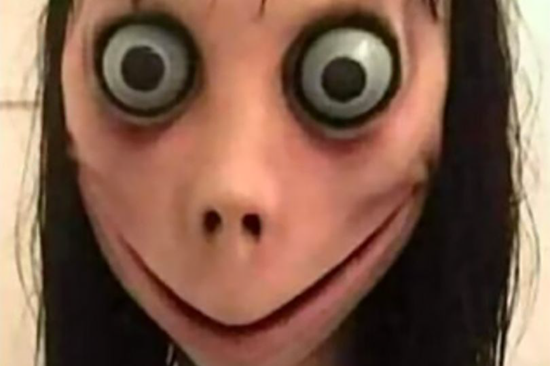 It’s dark, bizarre, creepy, and in at least one case, deadly. In mid-2017, the challenge known as the MoMo Challenge is popped up on WhatsApp and Facebook at an alarming rate. Police are warning parents to beware. So far, at least one teen’s suicide is rumored to be connected to the disturbing challenge. 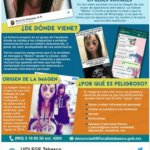 The MoMo Challenge began as a viral hoax that encourages the recipient to add or message a MoMo WhatsApp account. The account features a terrifying image of a woman with wildly distorted eyes (reports indicate the photo originates from a Japanese sculpture created in 2016). According to the challenge, if you do not initiate contact as instructed, MoMo will appear to you at night and curse those who do not respond to her repeated messages.

According to reports, once the recipient contacts MoMo, they will begin receiving a series of disturbing and graphic photos with grotesque orders, often involving posting images and videos of self-harm or suicide. The game seems to know personal information about the players too – enough to frighten young teens into complying with MoMo’s demands.

One man told of a boy that played the game:

“Apparently a boy chatted with Momo via whatsapp (with the real number from Japan) and she answered in Spanish. Momo sent messages referring to his little sister’s doll. How did she know about the sister? But here comes the creepy part and, to me, the most horrifying. Momo apparently sent several images of mutilated kids to the boy.”

In another instance, a teacher told of a student’s terrifying encounter with the game:

“A student of mine did this yesterday and after receiving some gore images, insults and death threats through WhatsApp she covered her face with her hand while holding her phone. She immediately received a message saying ‘stop covering your face with your hands.’”

The “game” sets objectives for the users, including divulging personal information. In many instances, it is believed the player is “doxxed”, a hacker term used to describe the scraping or stealing of compromising information on a person. The recipient is then threatened that the personal, often embarrassing information will be released to family and friends unless they pass on more information or kill themselves. It is possible that the “doxxed” information is derived from other linked players using similar threats and thus creates a circle of terror for all players pulled into the nightmarish game. Of course, young teens are easily frightened so they often respond as directed.

Authorities in Argentina have said that the death of a 12-year-old girl is believed to be related to the bizarre game. The young girl hung herself from a tree in her backyard. Evidence suggests the girl was told to film the suicide and schedule the upload to the challenge while crediting the MoMo game.

Another death (an 11-year-old boy) in Zapala is also believed to be connected to the game.

A similar viral hoax, Blue Whale, originated in a Russian Facebook group. It too started as a hoax but is believed to have willed into a reality. It was said to be related to at least 130 deaths. 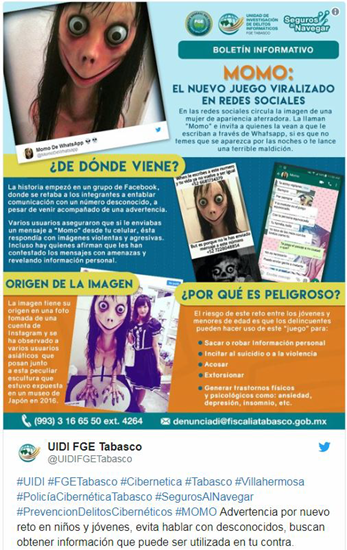