Yes Virginia, there really is a “Deep State” – and this week’s NYT Op-Ed openly (but accidentally) revealed it. 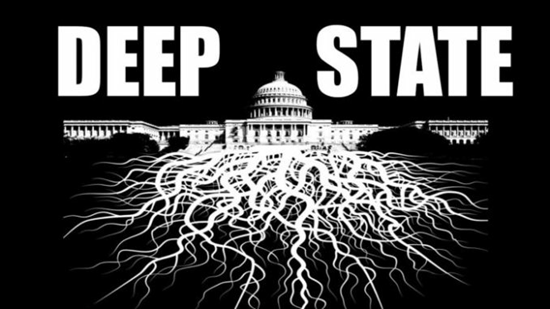 We have argued for a long time that there are those in Washington who wield immense power, with authority to guide and control the direction of our government. Mainstream media denounced the claims as nothing more than the fantastical whimsy of conspiracy nuts. But whether you noticed it or not, this weeks’ New York Times Op-Ed openly revealed for the first time that such a group is real.

I have no doubt the anonymous writer of the New York Times Op-Ed had an objective – to calm the American public and reassure them that despite President Trump’s erratic behavior, there are “adults in the room” making sure he is kept in check. But many may have failed to notice that the piece revealed something else too – something that should counter the article’s assurances and prompt concern and anger in all Americans.

The author admits he is “part of the resistance inside the Trump administration” and that he and others have “vowed to thwart parts of President Trump’s agenda”. The author presents himself and his cohorts as saviors for the American people. Given Trump’s bizarre, unconventional, and sometimes destructive tactics, the majority of Americans read the article with glee – and that’s fine. But did you read between the lines?

The author and his partners are not elected officials. They admit they control the policies and actions of the country, but their names never appeared on any ballots and thus, were not chosen by the American people to lead our country. This is the very definition of “Deep State” – and they just stepped from the pages of the New York Times and willingly introduced themselves to the American people.

Is this Deep State organization harmful to the American public? Again, read between the lines. The accomplishments the author noted in the article were all damaging to the average American citizen. Deregulation that has enriched corporations. Tax reform that gave temporary breaks to the average American citizen and permanent tax breaks to corporations and the upper-1%. And the buildup of a military infrastructure that the Deep State apparently has more control over than we thought. This group has nothing to do with democracy and everything to do with advancement of corporate interests and upper-income Americans.

I’m admittedly no fan of Donald Trump. I’ve always thought he was a crook and evil incarnated. But the existence of a Deep State within the ranks of our government should be a concern to all Americans and a reminder that a conspiracy theory is only a theory until it is proven real.