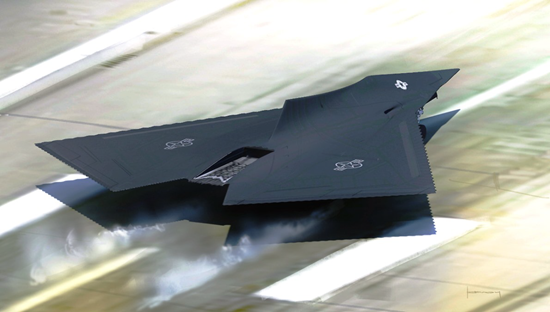 Word of UFO sighting over Oregon leaks on Internet forums

There are reports coming out of Oregon this week about an interesting UFO sighting that took place on October 25, 2017. Multiple pilots over multiple states confirmed visuals of the object as it flew across the heavily-trafficked western USA airspace.  In addition, an air traffic control recording of the their conversations while tracking the object leaked (see below) and within days, NORAD confirmed the unidentified object flew across western US skies and that military F15C Eagle fighter planes had been scrambled to intercept the object.

Word of the sighting, which took place about 4:30 PM near the California-Oregon border, began to spread after pilots leaked details about the incident on Internet forums. One pilot wrote:

“Just landed in Seattle coming from the bay area. Beginning over Southern Oregon we kept overhearing Seattle Center attempting to track an airplane with no transponder who wasn’t talking. A handful of crews were able to track it visually, best they could tell it was between FL350-370 [35,000-37,000 feet], northbound.”

The object moved northward towards Willamette Valley. It had no identifying transponder, emitted no collision avoidance signals, and would not respond to radio requests. According to reports, the object flew “at an astonishing rate of speed” and some radar installations had trouble “keeping it painted”.

The unidentified object was tracked on radar from Oakland Center but for some unexplained reason, Portland International Airport was unable to see the object on their radar forcing them to contact aircraft in the area for visual confirmation. Over the course of more than 30 minutes, various aircraft confirmed they could see the object.  Military fighter pilots were then scrambled to check it out. Upon arriving in the area, they could find no trace of the mysterious object.

Sighting confirmed by NORAD – and indirectly by FAA

The sighting was confirmed by NORAD (North American Aerospace Defense Command) who said an incident involving multiple aircraft, air traffic control, and F15C Eagles from the 142nd Fighter Wing. According to NORAD, airline pilots in the area were asked by the FAA air traffic controllers to track and identify a “white aircraft” travelling around 40,000 feet at a high rate of speed.

The FAA however would neither confirm nor deny the incident took place.

The next report came from an air traffic controller who “worked in the adjacent sector”. He confirmed the incident took place and noted that the commander of the 142nd Fighter Wing had contacted the airport and instructed them to keep quiet about the incident.

According to the air traffic controller, pilots on the east side could not get good visuals because of the setting sun (see air traffic control recording below) and North-bound traffic (who had the best vantage point) was sparse. He added that Oakland Center air traffic controllers watched the object on radar and said it initially travelled southwest before taking a sharp turn to the north “way harder/faster than what a commercial aircraft could handle at that speed without ripping the wings off”.

Within hours of posting details about the event, and participating in lengthy discussion with others about the sighting, all of his posts were deleted – then his account was deleted entirely.

Given its high rate of speed and altitude, we can presume the object was a military aircraft or true UAP.  Although the area of the country where the sighting took place is home to Groom Lake, it is highly unusual for top-secret aircraft to be flown in commercial airspace – especially with other air traffic in the area. Even more unusual would be to fly through commercial airspace without radio, transponder, or radar contact.

Below is an air traffic control recording.  I have edited the recording to remove all dead space (silence).