What’s behind the surge in UFO sightings throughout Connecticut? 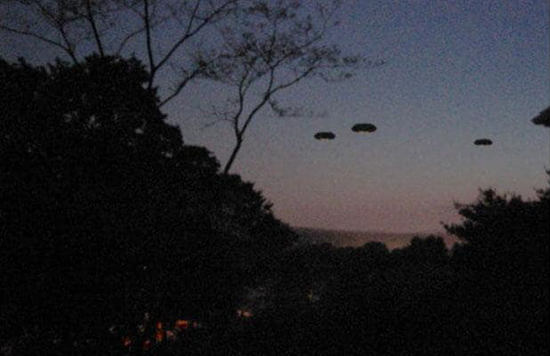 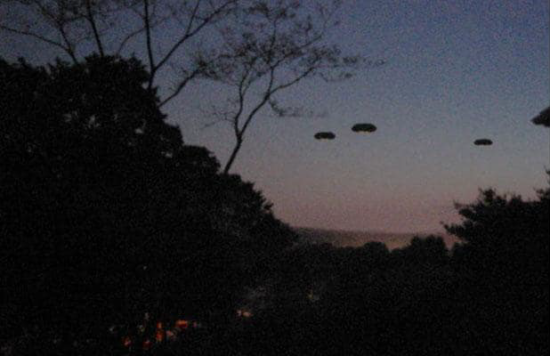 The summer of 2017 was a busy for the Nutmeg State as Connecticut recorded a 50% surge in UFO sightings. Thus far, over 30 UFO sightings have been reported this year in cities across the state including Meriden, Manchester, Plainville, Groton, South Windsor, Clinton, Stratford, Bridgeport, Middletown, Milford, Norwalk, Bozra, New Milford, Guilford, Southington, Onceco, Harwinton, Berlin, East Haven, New London, and Columbia. 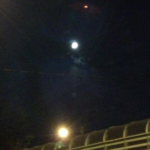 Traditional saucer-shaped UFOs were reported in Milford, Plainville, and Manchester. In one instance, three witnesses reported seeing several “silver saucers” in the skies above Milford and two witnesses reported two “flying discs moving by a commercial plane at rapid pace”.

Sightings in New London, East Haven, Guilford, and Harinton included reports of a bright V-shaped object with several bright white lights on the legs of the V. Several reports were confirmed by multiple witnesses and included “high quality” video or photographic evidence. A witness in Guilford described the object:

“I look up to see a wedge shape set of wings with various square areas underneath them, but NO fuselage… in fact it’s more of a dent at the middle… mind you there is no airport anywhere near me. I literally stop my car and put down the window expecting to hear helicopter blades, but there’s nothing.”

Orb UFO’s were reported throughout the state including the cities of Columbia, Oneco, Clinton, Milford, Manchester, Meriden, Middletown, and Southington. Some witnesses reported watching the orbs for more than two hours.

One witness from Middleton described seeing multiple orbs “dance” with each other.

“This object weaved back and forth in a fluid like manner while following the first object across the night sky almost like a dance. This occurred as it went south west to north east overhead lasting about a minute before I lost both objects behind some thin clouds. It definitely was not a plane as the objects were very fast and the second object weaved about in ways a plane couldn’t, totally silent.” 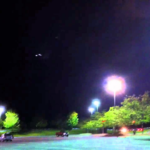 A witness in Clinton reported seeing more than a dozen orbs flying in a triangle formation above I-95 on July 14, 2017. Similar reports arrived from South Windsor, Stratford, and Bridgeport.

“I had the most eerie feeling and have checked the papers today and there’s no mention of any explanation. I may not know what they were but i know that it was not a bunch of planes, shooting stars or meteors. I can’t stop thinking about those lights!!”

A swarm of orb UFOs was reported in Bridgeport. The witness says he was walking home from the store when he spotted several red orbs in the sky. As he watched, more orbs began to appear. Ultimately about 70 “red flying lights zigzagging back and forth between each other” materialized in the sky above him.

A similar report of flying spheres came from Norwalk on July 7, 2017.

“I thought it was the moon in a mist, and then a smaller misty sphere, next to it, which I thought might be its reflection. Then four spheres of the same size popped into view, and then two more smaller ones popped in as well. These six were perfectly sharp and clear and not misty. They seemed to have colors (orange, yellow and blue) and shapes that I could sort of make out. The same way they came in, they popped out, and then the sky was clear. I was awestruck.”

UFO outbreaks are common in contentious times in history – during times of global conflict or potentially dangerous impending wars. Whatever is going on in Connecticut, puzzled citizens are awaiting answers. A witness from Milford told reporters:

“I have no reasonable explanation for what it was. It was the strangest thing I have ever seen in my life.”