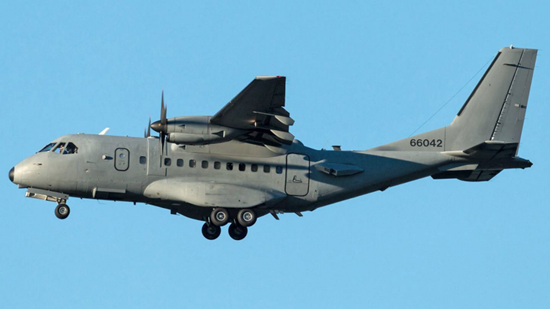 Reports came out late last week of a spy plane that has been circling ominously over Seattle for nine straight days. No word on what the mission is or what they have been looking for. Flight tracking software revealed its unusual pattern of flight above Seattle and various suburbs. 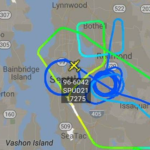 The aircraft itself is a bit of a puzzle too. The surveillance plane was first spotted by aircraft buffs at Boeing Field on July 24, 2017. Reports indicate the plane is an Indonesian-built CASA CN-235-300 transport aircraft (call sign SPUD21) equipped with an unusually exotic array of spy equipment modifications. According to The Drive:

“It is covered in a dizzying array of blisters, protrusions, humps and bumps. These include missile approach warning detectors and large fairings on its empennage for buckets of forward-firing decoy flares, as well as both microwave—the dome antenna behind the wing and flat antenna modification in front of the wing—and ultra-high-frequency satellite communications—the platter-like antenna behind the dome antenna. A communications intelligence suite also appears to be installed on the aircraft, with the antenna farm on the bottom of its fuselage being a clear indication of such a capability.

But what’s most interesting is the aircraft’s apparent visual intelligence gathering installation. It is placed in a fixed position, on the left side of the aircraft, below the plane’s forward emergency door. The rectangle structure has a sliding door that covers the system’s sensors when not in use.”

The unusual “visual intelligence gather installation” is likely a wide area aerial surveillance (WAAS) camera system which allows for tagging of vehicles, moving objects, and “patterns of life”. It can even be used to retroactively trace someone’s movements over time.

Reporters contacted the US military to ask if the flat-gray plane with USAF-style serial numbers was theirs. They denied any knowledge of the plane or its mission. However, researchers note that the serial number of the aircraft, 96-6042, is one of six serial number sequences commonly associated with the Air Force’s top secret 427th Special Operations Squadron.