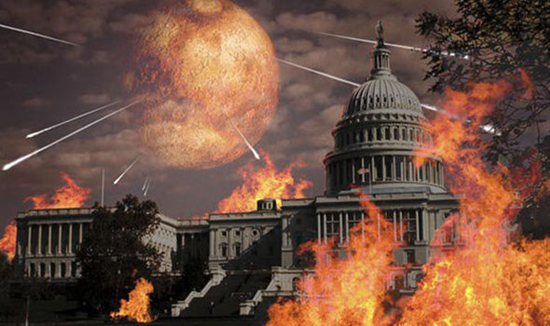 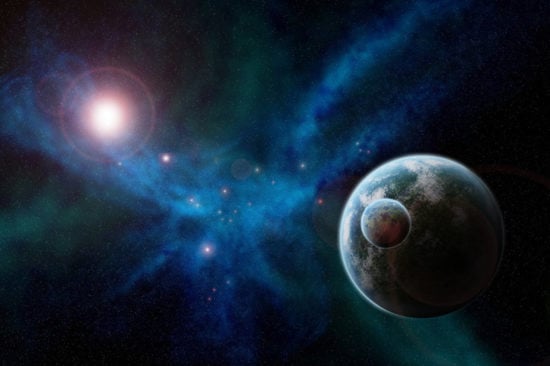 Interest in Nibiru, or Planet X, arose around 1976 when researchers noted that ancient Middle Eastern cultures, including the Babylonians and Sumerians, told of a mysterious planet that orbited the Sun every 3,600 years. At first the claim was scoffed at – then NASA announced new evidence of a hypothetical Planet X deep in the solar system. Today, doomsters say the hidden planet is on track for a reappearance, and this time, it will be disastrous for mankind.

NASA scientists had long known of discrepancies in the orbits of Uranus and Neptune but only recently found evidence of a Neptune-sized mystery planet that orbits our sun in an unusually elongated path far beyond Pluto. They theorize it could have a mass about 10 times that of earth and orbit about 20 times further from the sun than Neptune. Their calculations predict one full orbit could take thousands of years.

NASA’s findings were backed up in January 2016 when researchers at the California Institute of Technology published a paper in Astronomical Journal, hypothesizing the existence of a “massive perturber” that altered the orbits of rocky bodies and dwarf planets on the fringes of our solar system. The theory is still debated today (just as the existence of Pluto was debated until its existence was confirmed by Clyde W. Tombaugh in 1930).

The end of the world

According to numerologist David Meade, Eclipse 2017 day (August 21, 2017) is only the precursor to the main event. Meade and other doomsayers believe world (as we know it) will come to an end 33 days after the American Solar Eclipse. Psychic Nancy Lieder agrees and adds that at that time, Nibiru will crash into earth or pass close enough to cause geological havoc via hurricanes, sinkholes, fire storms, earthquakes, and monstrous tidal waves.   The likes of Hurricane Irma and Jose, along with several earthquakes around the globe, particularly the massive tremor in Mexico, are touted as indicators that Planet X is nearing.

The number “33” fits prominently in Meade’s theory.  Jesus lived for 33 years. The name Elohim, which is the name of God to the Jews, was mentioned 33 times in the Bible.  According to Meade, the number is a very biblically significant, numerologically significant number.

The book of Revelation in the Bible explains the Apocalypse.  Revelation 12:1–2 says:

“And a great sign appeared in heaven: a woman clothed with the sun, with the moon under her feet, and on her head a crown of 12 stars. She was pregnant and was crying out in birth pains and the agony of giving birth.”

According to Meade, on September 23, 2017, the moon appears under the feet of the Constellation Virgo along with nine stars and three planets. The Sun appears to precisely bathe Virgo in sunlight.  The planet Jupiter will pass through Virgo, through the area of her womb, and move out of Virgo as if she is giving birth.  In the passage above, the woman is Virgo. On Sept. 23, both the sun and the moon will be in Virgo, as will the planet Jupiter. This occurrence happens naturally once every 12 years, however, there is also a rare alignment, known as “the Lion of the tribe of Judah,” which is nearly unheard of.  Meade explains:

“The great sign of The Woman as described in revelation 12:1-2 forms and lasts for only a few hours. According to computer generated astronomical models, this sign has never before occurred in human history.”

“There will be signs in the sun, moon and stars. On the earth, nations will be in anguish and perplexity at the roaring and tossing of the sea. People will faint from terror, apprehensive of what is coming on the world, for the heavenly bodies will be shaken.”

Some believe this “roaring and tossing of the sea” relates to Hurricane Maria which is rapidly gaining strength in the Atlantic and expected to hit already-ravaged areas.

The end – or the beginning?

While Meade and others see September 23, 2017 as a hard-line end date, other christian scholars see it as the “end of the world as we know it”, meaning, the date marks not the end of planet earth but rather, the beginning of unimaginably-horrific apocalyptic times.

Call me impressed.  Within days of posting this article, the UN was thrown into chaotic anger over a fiery speech by President Trump who threatened to “totally destroy” North Korea, a monstrous Category 5 hurricane approached Puerto Rico, two separate earthquakes struck California and Mexico, and unusual earthquake swarms have erupted at Mount Rainier.  Antennas up everyone.