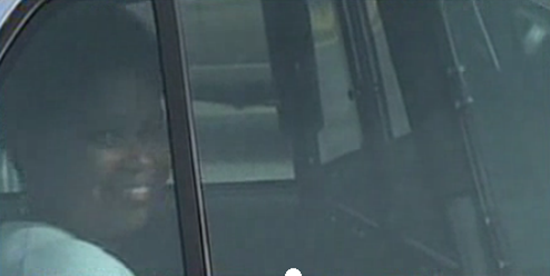 In October 2009, a generous Columbus, Ohio woman arrived at a Burlington Coat Factory store in a stretch Hummer limousine and announced to everyone inside that she had won the lottery and to celebrate, would pay for everyone’s purchases. People packed the register lines as cashiers began ringing up purchases as fast as they could. Police say at least 500 people filled the aisles of the store and another 1,000 were outside trying to get in. When it was found that the woman had made the whole story up, angry and disappointed customers took things into their own hands.

The store manager described how the woman told patrons she had won $1.5 million.

“She walked to a cash register and loudly announced she had won the lottery and would pay for each person’s merchandise… Well, of course, people like to hear that. Apparently they were in line calling relatives who were not at the store and told them to come.”

About an hour into the shopping spree, the woman had her limousine driver “take her to the bank to withdraw the money.” By the time employees figured out her entire story was bogus, about two dozen police were already on the scene attempting to control the excited crowd.

“That’s when angry customers, realizing they weren’t getting free coats, began throwing merchandise on the floor and grabbing clothes without paying for them. Everybody was like, ‘I still want my free stuff,’ and that started the riot. It looks like (Hurricane) Katrina went through the store.”

Police reviewed surveillance video in an attempt to identify hundreds of looters but most were never charged. As for the woman who triggered the riot, police tracked her down after the limousine driver realized he wasn’t going to be paid the $900 owed to him and turned the woman over to the police. 44-year-old Linda Brown was arrested on three outstanding warrants for aggravated menacing, misuse of a 911 system, and causing false alarms.