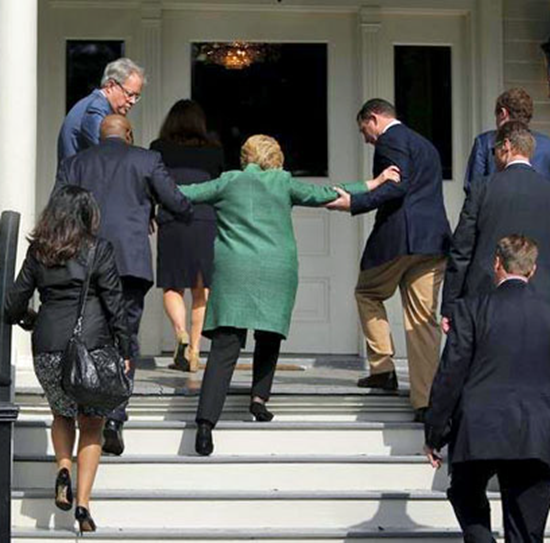 Given Hillary Clinton’s apparent ill health through the latter half of her campaign, one man has proposed that Clinton may have been secretly poisoned – by Russian President Vladimir Putin. The proposition sounds outlandish except the man issuing the proposal is none other than Bennet Omalu, the notorious forensic pathologist and subject of the movie Concussion who pummeled the NFL into submission over his discovery of chronic traumatic encephalopathy in the brains of deceased players. Skeptics thought Omalu was crazy then too – until he proved them wrong.

“I must advice the Clinton campaign to perform toxicological analysis of Ms. Clinton’s blood. It is possible she is being poisoned.”

His accusation was met with skepticism until some remembered that Putin was already implicated in the poisoning death of Alexander Litvinenko in London in 2006. At that time the Washington Post reported:

“Although the inquiry stops short of conclusively blaming Putin — noting the opaque nature of Kremlin politics — it finds that there is “strong circumstantial evidence that the Russian State was responsible for Mr. Litvinenko’s death.” And citing the high-stakes nature of an operation to assassinate a former KGB officer on British soil, it finds that the operation would probably not have gone ahead without Putin’s direct approval.”

After suffering from the effects of blood clots in 1998, 2009, and again in 2012, we are quite certain Hilary Clinton has been prescribed Coumadin (warfarin), a powerful blood thinner prescribed to help prevent blood clots, strokes, and heart attacks. The drug produces a long list of potential side effects including blurred vision, chest pain, confusion, dizziness, headaches, and paralysis – a laundry list of aftereffects that could easily mask the effects of a number of difficult-to-trace poisons.