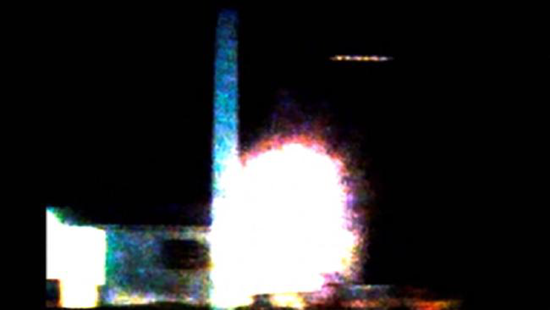 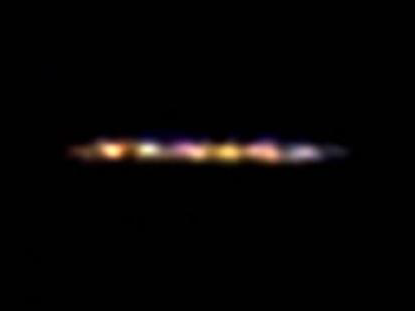 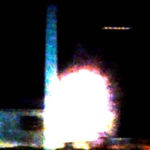 Two award-winning astro-photographers report capturing video of an ultra-fast Fastwalker UFO screaming across the sky in Darwin, Australia. The couple, Paul and Sylvia Mayo, have 30-years’ worth of astrophotography under their belts and say they are “baffled by the sight” which took place on June 12, 2015 at 1:00 AM as they pulled into a gas station in Darwin, the capital of city of Australia’s Northern Territory.

The couple say at first they thought nothing of the object streaking across the sky until they realized the unbelievably high rate of speed it was travelling. The couple returned home and posted the video on YouTube with the comment:

“We were leaving the Caltex service station at Berrimah in Darwin NT when our dash-cam captured a super-fast object moving through the sky – is it a UFO?”

The couple took stills from the video which show a brightly-lit, multi-colored object.

“It looked like a string of colored pearls shooting through the sky.”

Originally the couple considered the object to be a reflection from their automobile windshield and didn’t think much about it.

“My wife and I both saw the object shoot across the sky, and the next day we looked at the video footage from our dash cam to see if it had recorded the object and were delighted to see that it had.  We were puzzled at the time to explain what it was, but being the busy people we are, put it aside and didn’t think that much more about it, particularly since we’re both UFO skeptics.”

When they grabbed single frame images from the video, they found the object looked like nothing they had seen before.  Mr. Mayo told reporters,

“We sat there gobsmacked, looking at this image of what looked like a string of colored pearls.  We’re switched on people, we have long careers in IT. But this video, I cannot explain it.”

Check out the video below.  I’ve added post processing slo-mo and zooms (which admittedly, don’t help much given the UFO’s high rate of speed).