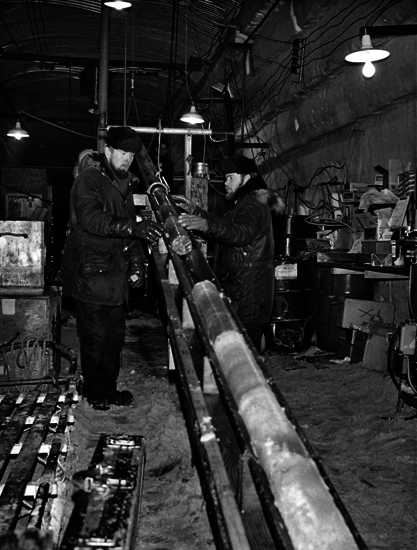 Researchers from York University in Canada and the University of Zurich released findings yesterday which reveal a terrifying consequence of global warming. According to the researchers, the thawing ice sheet in Greenland will expose several hundred thousand gallons of military waste including chemical, biological, and radioactive waste left over from Project Iceworm.

The waste is stored in an abandoned Cold War-era U.S. military camp, Camp Century.  Camp Century was built underground in northwest Greenland in 1959 as part of Project Iceworm and tasked to research the feasibility of nuclear missile launch sites in the Arctic (under the guise of polar research, of course).  Denmark, which controlled Greenland at the time, granted the US permission to establish military bases there.  At the site, camp personnel stored an unknown amount of radioactive coolant, thousands of gallons of fuel, and various other military weaponry including chemical and biological weapons. It is unknown if Denmark was aware of the American’s intent at the time.

The dangerous waste was buried about 114 feet underground but the part of the ice sheet covering the camp has begun to melt. Researchers say the rate of melting ice could overtake snowfall as soon as 2090 and the camp could be exposed by the end of the century.

“If the ice melts, the camp’s infrastructure, including any remaining biological, chemical, and radioactive wastes, could re-enter the environment.”

The study said it would be extremely costly to try to remove any waste now. U.S. authorities have not commented on the situation. 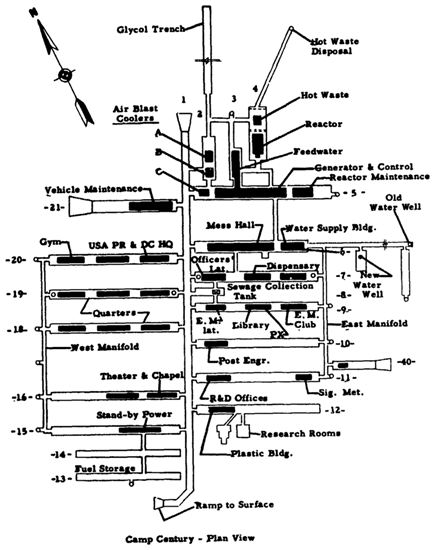