Why do dozens of people keep showing up at couple’s Atlanta home looking for lost or stolen cellphones? 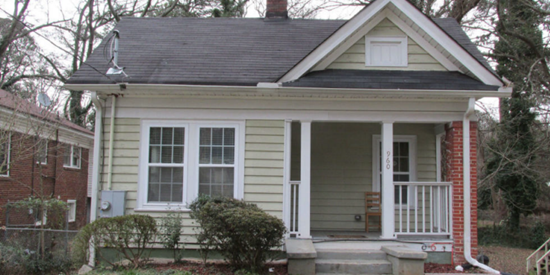 The trouble began in early 2015 when an angry family knocked on the door of Christina Lee and Michael Saba’s Atlanta home demanding that they return their lost (stolen?) cellphones. The confused couple asked why the family thought they had their phones. The family explained – a GPS tracking application had led them to Lee and Saba’s front door.

Two months later, it happened again. This time a group of friends knocked on the door asking that their smartphone be returned. Again, Lee and Saba turned the angry group away, explaining that they had no idea what they were talking about.

A month later, four separate groups of people arrived at the home throughout the month demanding that their cellphones be returned. Lee, an engineer, and Saba, a journalist, said people called on them day and night asking the same bizarre question – “Where the heck is my phone?” The couple even developed their own standard response: “I’m sorry you came all this way. This happens a lot.”

There seemed to be no pattern to the madness – the missing cellphones had different phone systems (Android, iPhones), a variety of cellphone carriers (AT&T, Verizon, T-Mobile, Sprint, and Boost Mobile), even different GPS tracking applications leading them to Lee and Saba’s home. As the number of angry cellphone owners grew, so did Lee and Saba’s confusion over the source of the problem.

The situation grew dire in June 2015 when early one morning, Lee and Saba heard a knock on their door. A young teenage girl had gone missing and pings from her phone led the authorities to Lee and Saba’s doorstep. The police ordered the couple to leave the home while they searched for the missing teen and her cellphone. Although the police never found any sign of the missing teenager in their home, they flatly told the couple that their home “was a crime scene and you two are persons of interest”.

Of course, this turn of events concerned Lee and Saba. They told Fusion Magazine:

“My biggest fear is that someone dangerous or violent is going to visit our house because of this. If or when that happens, I doubt our polite explanations are gonna go very far. It really drives home how unsafe and fallible some of this technological evidence is.”

Perhaps the oddest aspect of Lee and Saba’s predicament is the fact that nobody has an idea why cellphone signals keep pointing to their home. Security analysts are still scratching their heads and the major carriers are befuddled. Experts ruled out a problem with cell tower triangulation (one of the three towers is located near Lee and Saba’s home) or bugs in carrier software (since several major cellular carriers have been involved).

Some experts hint at the possibility of a rogue cellphone tower (e.g. FBI Stringray node) or possibly a legitimate tower that has been hacked.  The problem could occur if Lee and Saba’s home were located directly in the middle of a cell tower group but again, cellphone signals from the missing cellphones came from several different carriers. And of course the missing phones cannot be analyzed because, well, they’re missing.

Lee and Saba say that most people believe them when they explain that they do not have their phones but still, they say about a quarter of the visitors leave suspicious, believing that Lee and Saba are lying. The couple have filed complaints with the FCC but already in January 2016, they’ve had two visits from angry cellphone owners. For now, the bizarre problem remains a mystery.