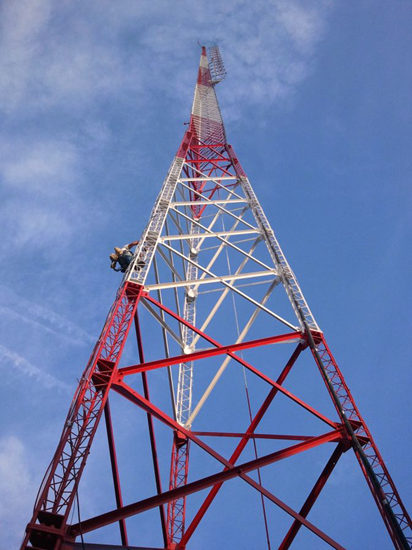 The source of the radio transmission is unclear as is its intent. The transmission began on September 20, 2016 on AM radio station 1630 and repeated the phrase “Trump will go 26th” in a loop that lasted several hours at least (as of the time of this article, people in the area were reporting the transmission was ongoing). Recordings of the message were captured and posted on YouTube. One poster noted:

“So this weirdness just happened on our way to Hoboken at 7AM this morning on the New Jersey Turnpike. On 1630 AM radio, a voice keeps repeating “Trump will go 26th”. It went on for at least 5 minutes from when the radio tuned it in while scanning. Near the Newark airport I78 part of Turnpike. Just landed in a Jason Bourne movie.”

It is believed that the radio station was hacked or an amateur radio operator is illegally transmitting over the frequency (a FCC violation of course).

As for the meaning, the first debate between Donald Trump and Hillary Clinton is scheduled for September 26th leading some to surmise that the message implies Trump will arrive at the debate but ominously, Hillary won’t (or vice versa).

A snippet of the transmission can be heard in the clip below.

Although the consensus is the transmission is broadcasting “Trump will go 26th”, some have found alternative interpretations such as “Trump April 26th”, “Trump wilco 20 fixed”, or Trump will go April 26th”.  Bizarre indeed.