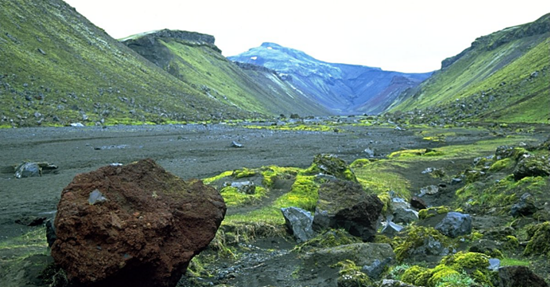 The story began on Saturday, August 25, 2012 after a group that was travelling through Iceland on a tour bus, stopped near a volcanic canyon for a quick view. When the bus reloaded, passengers reported one of the women, described as “Asian, about 5’2”, wearing dark clothing” was missing. A search was mounted in the vicinity of Eldgja canyon which continued throughout the weekend with no sign of the woman found. Then on August 26, 2012, authorities revealed the woman had been found, noting that she never realized she had been missing.

It was first reported that the woman stepped off the bus and never returned. In fact, she had simply changed clothes before getting back on the bus. Speaking little English, when she heard about the “missing woman” on the bus, she willingly joined the search party and set out with fifty others to find, well, herself. After about a day, just as the coast guard was readying to deploy a helicopter and expand the search, she realized that the missing woman’s description eerily fit her own. When she began to suspect she very well could be the missing person everyone was looking for, she notified the police that she was safe and sound.

The search was called off two hours later.