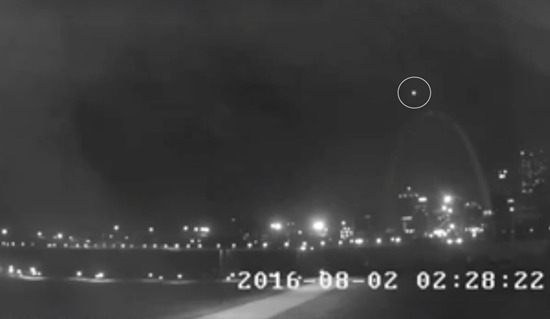 The director of the Metro East Parks and Recreation District in St. Louis, says he doesn’t know if he believes in UFOs, but “there’s something weird with that one.” On Wednesday, witness video began appearing on the Internet showing a strange light orb moving about the sky and hovering over the St. Louis’ landmark Gateway Arch. The object was filmed on August 2, 2016. After seeing the report, an employee at Malcolm W Martin Memorial Park across the river from the arch took a look at security footage from a surveillance camera – and there was the same mysterious light.

A Chinese lantern was ruled out given the object’s rapid movement. In fact, some of the object’s movements were faster than would be expected from  a drone. One witness told local reporters:

“It didn’t fly over; it didn’t do any of that. It just appeared.”

This is not the first time that a mysterious object has been spotted near the St. Louis landmark. Last month, photos captured an unexplained object that appeared in broad daylight – in the exact same position above the arch. 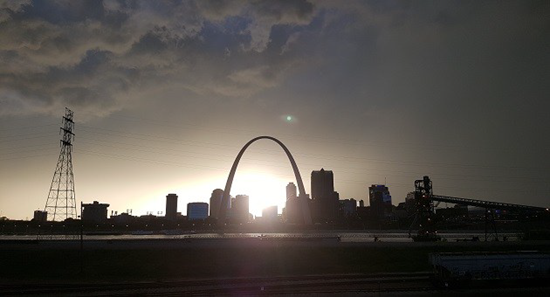 Spokesmen for the nearby Scott Air Force Base and the Federal Aviation Administration say they know nothing about the source of the light.

Check out surveillance video of the light below.  I’ve add-post processing zooms and pans to present a slightly better view.