Its name is UNU and it’s a sort of artificial intelligence that works on a “hive mind” model. Its accuracy is startling. When asked to predict Oscar winners, it did so with 76% accuracy easily beating all critics. Last year it perfectly picked the first four of the Kentucky Derby, in order, winning a Superfecta with 540 to 1 odds. This week, in a publicly accessible Q&A session, it hinted at something quite frightening – new world conflicts. 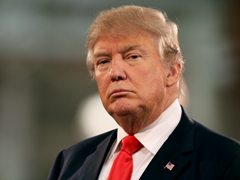 UNI is a “swarm intelligence” that links intelligence from groups of expert individuals in a real time system. Using complex algorithms and realtime calculations, it easily beats human intelligence, including every individual that is part of the hive. For instance, in UNU’s Kentucky Derby prediction, none of the individual participants got the prediction right on their own (in fact, none of the participants had more than one winning horse). Only as a “swarm” could they win.

“UNU doesn’t work like a poll or a survey that finds the average of the opinions in a group. Instead, it creates an artificial swarm that amplifies the group’s intelligence to create its own.”

On June 1, 2016, UNU participated in a political hive, taking queries from the public regarding political questions they would like answered. UNU’s answers include definitive yes and no answers as well as flexible answers such as “possibly” (it calls it “maybe”). Potential answers also include “likely” (it terms “I believe”) and “unlikely” (termed “I doubt it”). In some instances, it even provided textual answers as well as percentage chances.

Voter turn out will be driven most by (1) support for a candidate or (2) dislike of a candidate? DISLIKE OF A CANDIDATE (with 100% certainty)

Who will win the LGBT bathroom debate in North Carolina: The US government or the state? THE FEDERAL GOVERNMENT

What are the most important issues for voters this election? JOBS AND ECONOMY 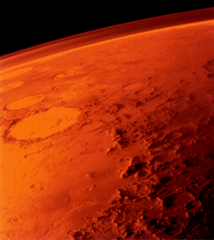 Some answers were exciting.

Will a manned Mars mission take place in the next three decades? YES

Will India and Pakistan engage in a Nuclear War within the next 10 years? NO

Some answers were surprising.

Will Democrats take control of the house and senate? YES

Who will Donald Trump pick for Vice President? CHRIS CHRISTIE

What are the odds of campaign finance reform during the next presidency? 0%

What are the chances that Hillary Clinton faces legal charges for her use of a personal email account and server during her time as Secretary of State? HILARY WILL NOT FACE CHARGES FOR EMAIL 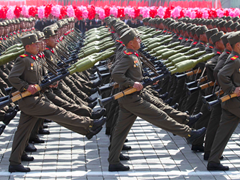 Some were a relief.

Will North Korea start the next nuclear war? NO

What is the likelihood of a state seceding from the US over the next couple of decades? 0%

Many answers were quite interesting.

Will the Senate confirm Merrick Garland as a Supreme Court justice? YES

How much will a gallon of gasoline cost by the end of next year? $2.60

Will we see the vacant US supreme court seat filled before January 2017? NO

What are the chances that the United States ends the war on drugs by 2020? 0%

In a three-person race between Trump, Clinton, and Sanders, who would win? SANDERS 81%

Some answers could be considered good or bad depending on your political views.

Will the state of California fully legalize marijuana for recreational use this year? LIKELY

Do you see conservative or liberal trends in politics? LIBERAL

If Hilary is elected, will she impose more gun laws? YES

How similar would Trump be to Ronald Reagan if he won the presidency? NOT SIMILAR AT ALL

Some answers were disturbing.

Does Hilary Clinton support the voter or the corporations more? CORPORATIONS

Would a Trump presidency be respected internationally? UNLIKELY

If Trump wins the presidency, is he likely to keep his campaign promises? UNLIKELY

Is Donald Trump smart or are Americans stupid? AMERICANS ARE STUPID

And some answers were quite scary.

Was 9/11 an inside job? UNLIKELY (disturbingly, the calculated answer was not “NO” indicating UNU could not rule out the possibility of a conspiracy)

Will we see World War III within the next fifty years? MAYBE

Will a great power war erupt within the next fifteen years? YES