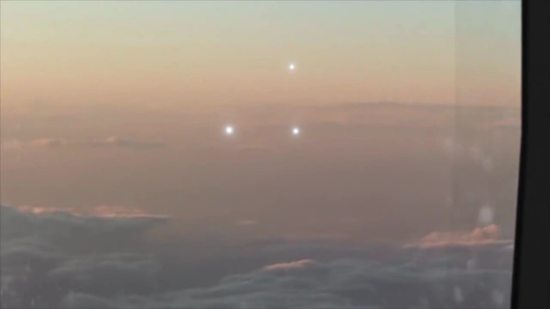 The video below was filmed by an airline passenger last summer as his plane began its descent into Atlanta, Georgia and shows three bright white orbs tailing the plane, flying in various random formations before speeding off, disappearing out of frame as they move below the plane. The passenger says at first he thought the lights were another aircraft. When he noticed their random movement, he grabbed his cellphone and began filming.  Days after his video was released, others came forward saying they saw the same formation of lights in the Atlanta sky around the time of the video’s release.

Real or CGI – I’m not sure. White orbs are easy to CGI and sometimes difficult to determine if real or fake. Given the movement of the camera and lights however, I would tend to rule out reflection of light off the plane windows or camera lens. Either way, the video is interesting and appears to show classic white-orbs moving about in a manner often described by witnesses.

Note: The video was shot in June 2013 but went largely unnoticed until this week when interest in the case spread to major news outlets.