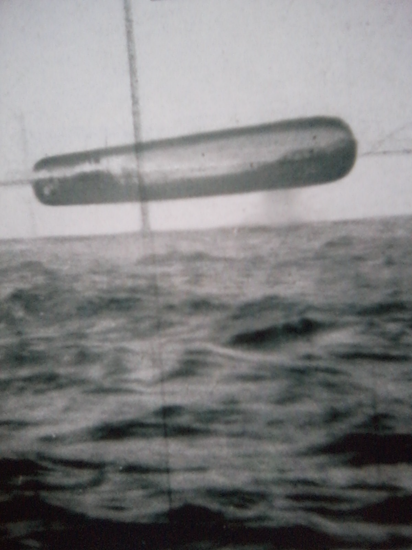 A cache of unusual UFO images reportedly taken in March 1971 have UFO researchers and conspiracy theorists in a frenzy. The images were taken near the Arctic, likely from the United States Navy’s USS Trepang (SSN 674) submarine as it travelled between Iceland and Norway’s Jan Mayen Island.  The pictures were released anonymous by an ex-military man believed to have been aboard the submarine when the pictures were taken and sent to a French paranormal magazine, Top Secret, with a brief background stating the pictures were taken when the submarine came upon the objects by “accident” as they were in the region on a routine joint military and scientific expedition. Officer John Klika was reportedly the sailor who initially spotted the object with the periscope. Very little else is known about their origins or authenticity (although researchers have verified most of the details regarding the USS Trepang). 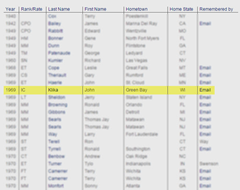 In the photographs are several pictures of a black triangular aircraft and a huge cigar-shaped flying object which in some of the pictures, appears to be crashing into the ocean. Inscriptions on the pictures variously read:

“Official Photograph. Not to be Released. CT”

Airship or cigar-shaped type craft have been reported since at least 1896 when there was a great wave of ‘phantom airship’ sightings throughout the USA. The new photographs have UFO researchers scratching their heads and wondering if the pictures confirm their long-held believe that an alien base exists in the Arctic regions.

Check out the photos in the pictorial gallery below.