The videographer that shot frames from the video below, explained that a military convoy, complete with several military helicopters in the air and federal marshals leading the way, passed through his town (Nevada area). According to the videographer, the convoy was delivering nuclear weapons or nuclear material (possibly a common occurrence in his area). As the videographer was shooting the film, he says a federal agent pulled over and attempted to stop him from filming the procession. During the distracting melee, one of the trailing escort vehicles rammed into the back of the truck the convoy was protecting!  Not sure (and afraid to ask) what happened to the cargo inside.

Here is the convoy approaching the man’s position (presumably the federal official has already attempted to stop the man from filming).  Helicopters are in the air ahead of the procession. 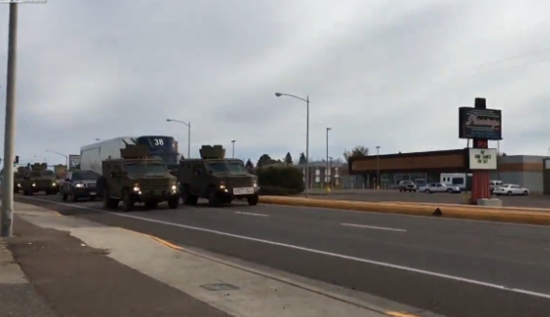 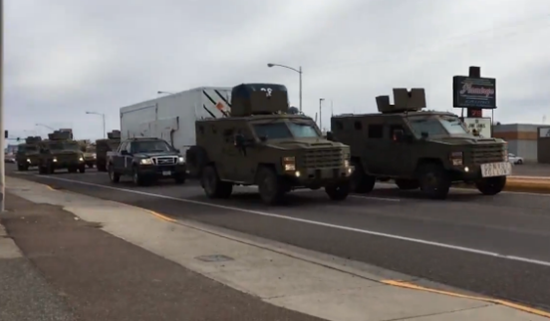 Note the military truck directly behind the 18-wheeler.  For logistical reasons, it is required to remain very close to the semi it is protecting. 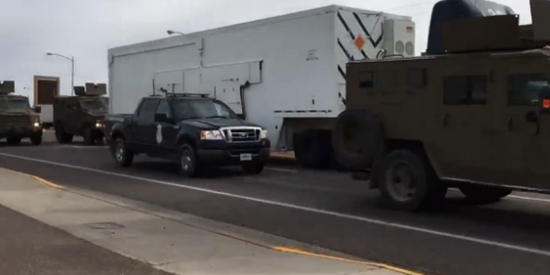 This is the truck in question. 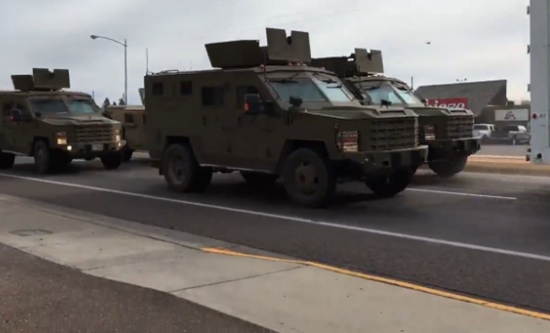 Just as the convoy reached the man’s position (where the agitated federal agent was still trying to stop the man from filming), the truck runs into the back of the 18-wheeler carrying the protected cargo. 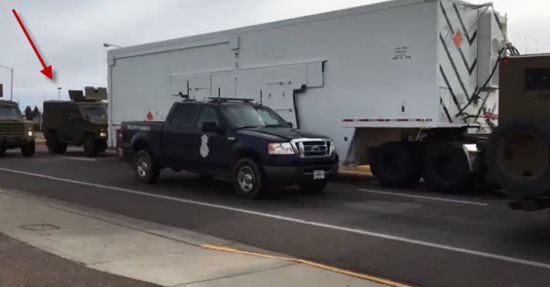 Here you can see the truck braking hard in an unsuccessful attempt to avoid ramming into the semi-truck. 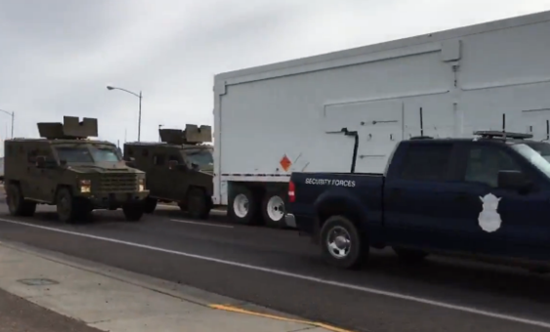 The convoy did not stop but rather, just sped away. 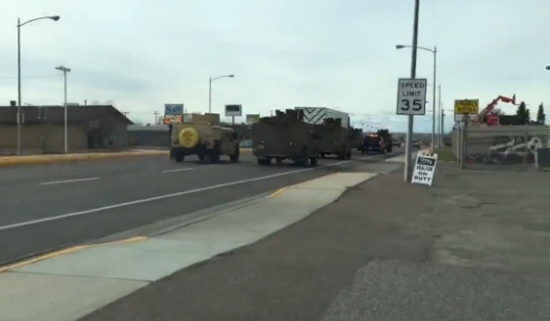