Interesting UFO video sparks new debate- what are these objects flying over a mountainside? 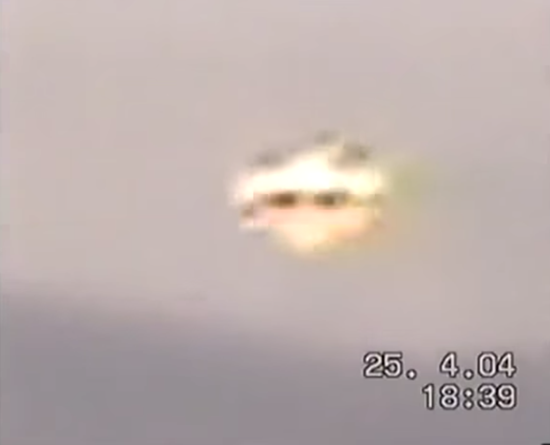 An interesting 2012 UFO video is back in the news as the UFO community discusses and debates not only the origin of the video, but what is being seen flying above a mountain range in the as-yet-unknown location. What is generally accepted however, is that the video is not fake nor digital CGI manipulation.

The origin of the video is unknown but a copy from 2012 recently surfaced on popular online UFO forums and re-ignited the debate. In the video, we see a small UFO flying over a mountaintop. The videographer zooms in on the object and we see a brightly-lit disc (or possibly diamond-shaped object) hovering above a mountain (the distortion from the zoom makes it near impossible to determine the object’s true shape). After a brief period of time, a second object appears next to the first one, and begins flashing. The video closes with either a third object (or possibly one of the original objects) positioned further down the mountain.

Researchers originally theorized the object, which appears to have the classic flying saucer diamond shape with a bulge on top and below, was a blurred image of the sun but the appearance of the second object in the same frame makes that unlikely. Some suggested atmospheric aberrations but the uniform coloring of the object makes that unlikely too. Almost everyone agrees that whatever the objects are, they are real and not CGI.  To add to the intrigue, early reports hinted that the UFO may have been responsible for a series of crop circles that appeared in the area.