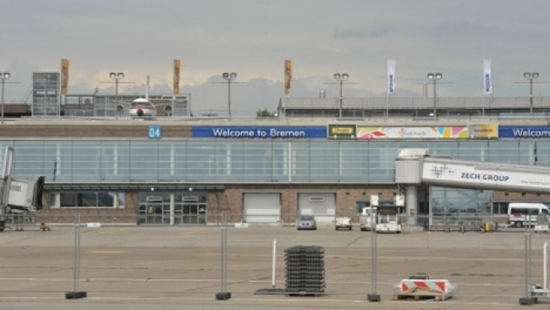 Travel at the Bremen airport in northwestern Germany was disrupted yesterday after a UFO appeared multiple times on airport radar. Visual conformations of the unidentified object were also provided by air traffic controllers and local police officers. The incident occurred on Monday, January 6 between 6:30 PM and 9:30 PM during which time several flights to and from the Bremen airport were cancelled or diverted away from the area.

The object was estimated to be flying at 1,000 feet and was clearly visible on airport radar, disappearing and reappearing for three hours before finally vanishing. Some citizens in the area said the object was well-lit and extremely loud while Bremen police said the object seemed to have some sort of spotlight that shone in the air. Contrary to citizen reports, officials said the UFO made no noticeable noise while it was tracked by officers moving over the Weser stadium towards the center of the city.

According to the German news site, The Local, police were alerted to the UFO’s presence and immediately sent up a police helicopter in an attempt to intercept the unidentified object. Pilots sighted the UFO but it “disappeared into the clouds after a few seconds”.

One eyewitness told reporters “the object was flying at between 100 and 200 meters and passed over his house four times.” He stated that he thought it looked similar to a plane but was much louder. Another witness noted that the object “glowed and hovered over the Weser stadium”.

A Bremen police spokesman said. “We still don’t know what it was, but it was there.”