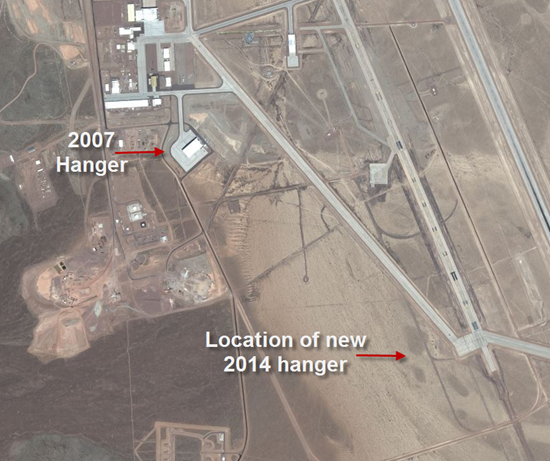 What is this mysterious new hanger that has popped up inside the top-secret Area 51 facility?  The folks over at Fox Trot Alpha noticed the new hanger in the latest satellite imagery released to the public in late June 2014. The new hanger is interesting, not just because of its size, but its unusual location in a secluded area on the southern side of the top-secret military base.

The new hanger measures approximately 225 feet across and is located just off the end of the runway on the south side of the base. The unusual location of the hanger keeps it out of sight of Area 51 workers while still allowing quick access to the nearby runway. FTA described the benefits of the new hanger’s design:

“The fact that this new hangar will have doors on each side, evidenced by the taxiway emanating out from both sides of the structure, means that pre-flight checks, and possibly engine starts, could be executed while under the structure’s protective cover. This is beneficial when trying to avoid satellite flyovers.”

Some Area 51 watchers speculate that the new hanger will allow for quick deployment of a new ultra-rapid response combat or spy aircraft. This new aircraft, rumored to be the replacement for the Lockheed SR-71 Blackbird, uses a new hypersonic propulsion system that is highly volatile (hence the secluded, out-of-the-way hanger location).

The discovery of the new hanger follows the 2007 discovery of another huge hanger (see photo below) built on the base’s southwest corner, hidden behind a giant berm of dirt. The 2007 structure was fitted with a pair of 175-foot doors, one on each side of the building, and was also clearly built for something very large. 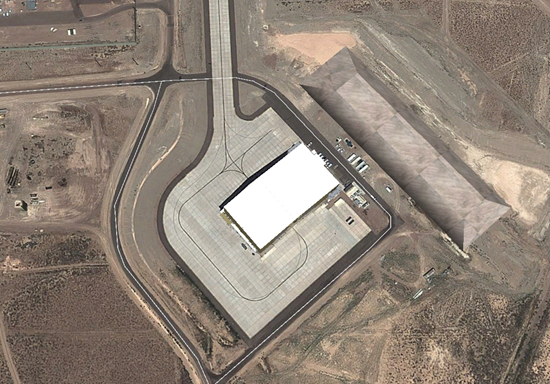 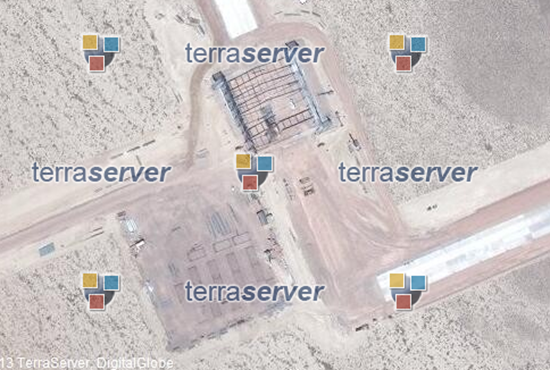