This terrifying video cannot possibly be real – can it? 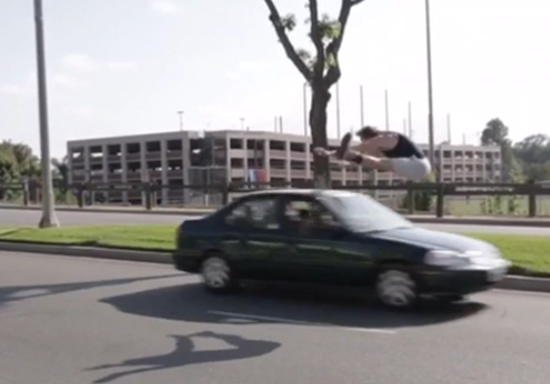 Well-known Vine phenomenon, Logan Paul, notorious for his humorous vines, posted this video last week that has a lot of people concerned – and others applauding his work. In the video below, Paul dodges a speeding car, jumps as another car passes under him, then does an immediate dive to allow a fast-moving pickup truck to drive over him. Seems impossible – yes?  Paul’s a known gymnast so the stunt is not totally out of the question. Then again, it has to be fake because, well, he’s still alive.

Hats off to Logan – real or fake – we don’t care.  Very bizarre video that scares the heck out of us.