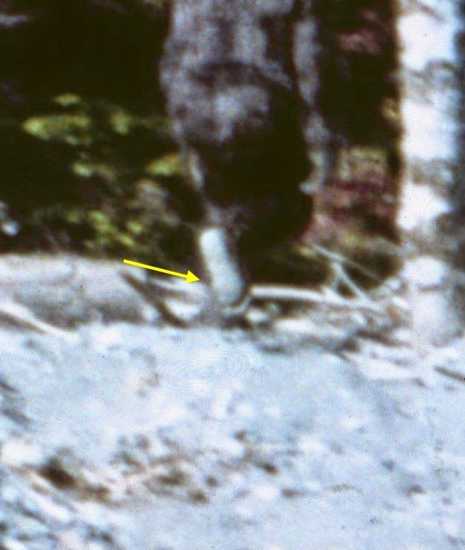 Probably no other film in history has been hotly debated as the Patterson-Gimlin film, the 1967 video that appears to show a Bigfoot creature walking through the woods near Bluff Creek, California. Experts have stated that if the creature were indeed a costumed human, the costume would have been a very elaborate effect for that day and age (in contrast, compare the creature in the Patterson film to the professionally-designed costumes worn by the apes in the 1968 Planet of the Apes movie).

On the other hand, a few people have come forward claiming the Bigfoot sighting was a hoax – that they created the costume or wore it in the woods the day Patterson shot the infamous video. Regardless of their claims however, Patterson went to his grave claiming the video was real and Gimlin (who witnessed the creature with Patterson) still vouches for its authenticity to this day. Today, Bigfoot researcher M.K. Davis revealed the results of his extensive post-processing cleanup of the video and one frame in particular, is pretty amazing.

M.K. Davis deburred and filtered the video frame-by-frame in order to bring out the contrast. Frame 61 of the video (see photo above) seems to rule out the creature being a man in a rubberized suit. In the enhanced frame above, in which Bigfoot has one foot raised off the ground, you can clearly see the soles of the Bigfoot’s foot along with five clearly defined toes. Pretty stunning find by Mr. Davis.