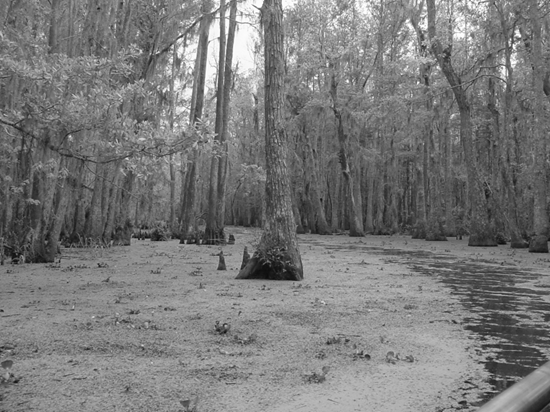 A 70-year-old Louisiana woman has come forward claiming that for nearly a decade, she helped raise a baby Bigfoot and asserts she even taught the beast a few simple English words.  The woman says she has physical evidence, including pictures and a personal diary, which she may release at a later time.  According to Cryptozoology, 70-year-old L. Melacetti says she found the animal, which was just a “tiny” 20 lb. hairless baby at the time, in 1964 in the swamps of Louisiana.

“He was so little, so cute.  I had to do something about it.  He was so defenseless, lying next to the mud and water, curled up, crying like a baby.  His parents were either dead or they had abandoned him.”

At first, Melacetti fed the little furry tike lettuce, tomatoes, eggs, and goat milk (Bigfoot hunters listen up – his favorite feast was tomatoes) before releasing him back into the wild.  But each time she released the animal, he would find his way back to Melacetti’s house. So, during the next 8 years, she reluctantly continued as the Bigfoot’s caretaker and friend.  By 1974, the creature reached adulthood at which time Melacetti says her furry buddy presented her with an unexpected surprise.

“He brought a friend home with him!  At first the other guy was shy, hiding behind the bushes, but little by little, he began to trust me too.  So there we were, sitting on my porch, two Bigfoots and I, having dinner under the moon.”

Melacetti says that eventually her age forced her to move into town, abandoning the Bigfoot creatures to the remote swamplands.  She feels certain that the Bigfoot beasts (she believes there are several in the area) are still living in the Louisiana swamps but feels that she passed on sufficient knowledge regarding hunters that they will be able to fend off any human attacks.  Thus far, Melacetti has refused to reveal the creature’s location.

“Bigfoots are real and they happen to be excellent creatures, docile and better than most people.  And by the way, they don’t smell bad like some idiots say.”

When asked to produce physical evidence, Melacetti declined saying she only wanted to “show the world these animals are beautiful creatures” but added that she may release her private journal at some point in the future.

“I have given you a story. Tell it. That’s all. Only another person besides you knows my secret now, my friend Maggie who contacted you about it.”