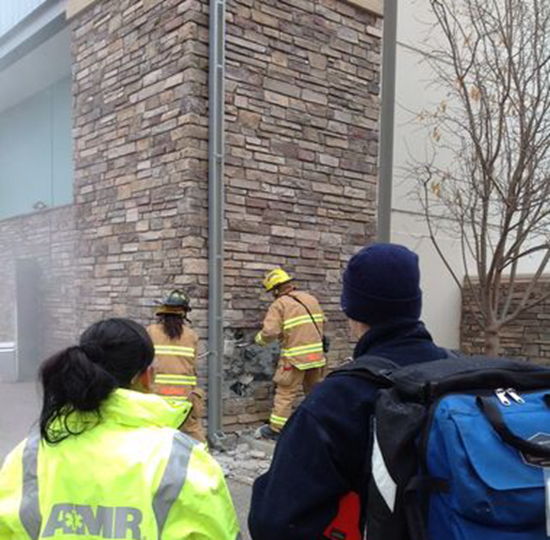 Employees at a Marshalls department store in Longmont, Colorado began hearing the distant sound of a screaming man on the morning of November 10, 2014 but after searching throughout the store, were unable to locate the source of the mysterious sound. The next day, the faint sound of a yelling man returned. Once again, employees traversed the corner of the store where the cries appeared to be coming from but as before, could not determine the cause of the mysterious noise. Out of concern, they called police.

Police and firefighters arrived at the store and also thought they heard the sound of a shouting man. After about a half-hour of searching, they found that the noise was coming from *inside* the walls of the building. Firefighters broke through an exterior wall of the store where they found 35-year-old Paul Felyk trapped inside the interior of the wall. He had been squished in the crawl space between the exterior wall and an interior wall for up to three days.

According to NBC News:

“There was enough room for Felyk to lie down but not enough for him to maneuver to the access space for the roof from which he’s believed to have fallen. Felyk, whom authorities described as a transient, was in pain and extremely cold – it was just 15 degrees Tuesday in Longmont – but he managed to crawl out on his own.”

Felyk is in fair condition at Longmont United Hospital with various injuries. Officials believe he may have been inside the walls of the store for several days yelling for help.  Police say he could face charges of criminal trespassing. 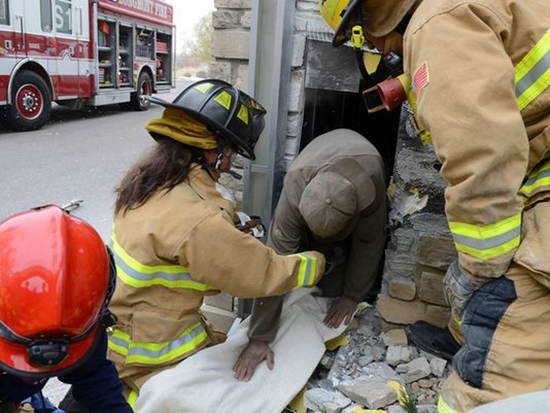