Author provides compelling evidence that Zodiac Killer is his father – has Zodiac’s identity finally been revealed? 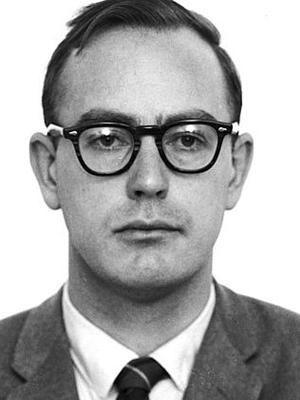 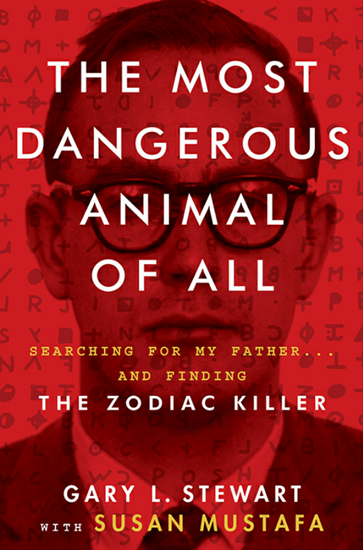 It has been kept secret for over a year but today, HarperCollins has released a potentially explosive new book in which its author, Gary L. Stewart, alleges that the infamous serial killer The Zodiac Killer (view complete article on the Zodiac Killer here) – is his father. According to the book’s author, during a twelve-year search for his paternal father, he made the chilling discovery that his father 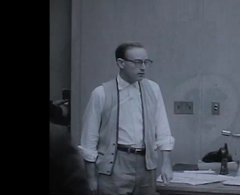 was one of the most notorious, and still at large, serial killers in American history.

Although the San Francisco Police (the Zodiac killings took place around San Francisco and most of the killer’s cryptic letters were sent from within the city) have yet to review the book, The Most Dangerous Animal of All was fully vetted by HarperCollins lawyers who told reporters they felt the  book was “legally sound”. Neither the author nor book publisher reached out to the San Francisco Police before publication claiming that the police department “knew more than they’re willing to admit”.  The author, Gary l. Stewart is a vice president at the cleaning company Delta Tech Service in Baton Rouge, Louisiana.

According to Stewart, the “father” that he discovered had a long criminal record and indeed, a mug shot he uncovered bore a shocking resemblance to sketches of the Zodiac Killer.  His name is Earl Van Best (he often went by the name “Van”) and he is now deceased (1984).  The pictures below show that indeed, Best bears an uncanny resemblance to an earlier sketch of The Zodiac Killer.

According to Stewart, who was adopted as a baby, his search for his biological mother led him to Judith Gilford (Chandler) in 2002.  Gilford recounted how she had met his biological father, 27-year-old Earl Van Best Jr., when she was just 14 years old, and gave birth to Stewart at the age of 15 in New Orleans in 1963.  The couple spent a few years evading the authorities because Judith was underage.  Best was eventually arrested on charges of child stealing, raping a minor and fraud and sentenced to several years in a maximum-security facility for the criminally insane (Atascadero) followed by a stint in the San Quentin prison. 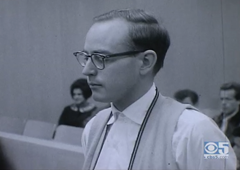 The book adds to several interesting and intriguing facts that lend credence to Stewart’s belief that Earl Van Best Jr. was the Zodiac Killer.  Check out the list below and decide for yourself – is this coincidence or has the identify of the Zodiac Killer finally been revealed?

Below are some of the Zodiac Killer’s ciphers which reveal Best’s name (and variants of his name) several times in the cipher key and decoded message. “Van”, the name Best often went by, is most prominent in the decoded ciphers.

The 340 Cipher was mailed to the San Francisco Chronicle on November 8th 1969.  It uses 63 symbols to represent (up to) 26 letters in the alphabet, plus possibly “space”, “period” or other characters/numbers. Despite countless attempts to decode the 340-character Zodiac cipher, to date it remains unsolved.  Is it possible that the cipher was not an encrypted message at all?  In addition to the obvious occurrence of a misspelled “Zodiac” in the cipher (see last row of the cipher below), the name “Earl Van Best Junior” can be found, unencrypted, in a nearly complete form by working through the columns backwards – with one letter from his name in each column of the cipher (the cipher contains 17 columns, the exact number of letters in the name “Earl Van Best Junior”).  If this seems like a coincidence to you, try to form another name that fits perfectly within the columns. 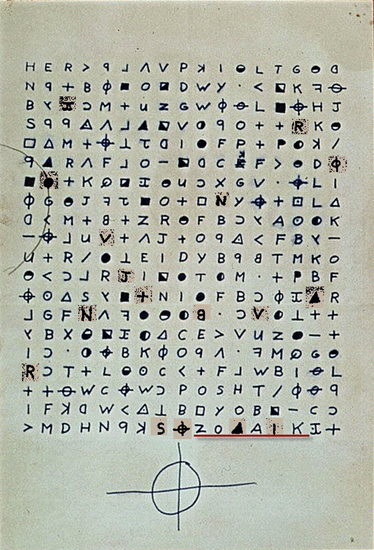 The infamous (and unsolved) “My name is” cipher decoded

A letter postmarked April 20, 1970, sent to the San Francisco Chronicle, included the clue “my name is” followed by a 13-character cipher presumably hiding the killer’s true identity. To date, the cipher is unsolved – but we may have the answer.

Below is the Zodiac Killer’s “my name is” cipher with my solution revealing the decoded message: “Earl Van Best Jr” (actually a reversed “Earl Best” prefaced with a slightly scrambled “Van” and “Jr”).  You’ll note that Earl Van Best’s name contains 10 unique characters while the cipher contains 8 unique characters – the reason for the discrepancy could be an ingenious cipher trick.

The first line shows the solved name with the total character count below each respective letter (e.g. “E” is found two times in Best’s full name).  The second line shows the encoded message with “XX” and “OO” substituted for symbols included in the message.  Using the character count located beneath each letter, you can easily see the “patterns” in both Best”s name and the encrypted message.  For instance, the pattern for “EARL” is 2-2-2-1.  You will find that same pattern, backwards, at the end of the encrypted message.  The last line in the graphic reveals the solved cipher.

The odd “x in a circle” symbol appears three times in the encrypted message and is key to solving the puzzle.  A dead giveaway is the perfectly symmetrical placement of the symbol within the encoded message which hints that the enigmatic character should be given different treatment from the rest of the encoded text.  Indeed, six of the eight unique characters in Earl Van Best’s name are represented by six unique alphabetical cipher codes while the mysterious “x in a circle” symbol represents three different characters in Best’s name. In other words, all of the normal alphabetical letters in the cipher are decoded as you would expect while the three seemingly out-of-place characters are treated uniquely.  With such a short cipher, and without knowing Best’s name beforehand, the cipher would be practically impossible to crack.

Coincidence or Pareidolia (seeing what we want to see)?

An important question is, are we simply seeing what we want to see in the ciphers?  After all, to truly decrypt a cipher, we must know the key and of course, Zodiac did not supply us with a key.  As such, it’s a tough question to answer.  In most instances we “fudged” using letters to replace symbols in order to provide the cipher solution.  Then again, by definition, that is exactly the way a cipher works.  Plus, we know from decrypted Zodiac ciphers that symbolism was a normal pattern of usage in all the Zodiac ciphers – along with misspellings, that’s the way he did it.  And it’s certainly not a stretch to surmise that Zodiac would embed his true identity within the text of his ciphers –on more than one occasion he explicitly told police that if they solved the cipher, they “would know who I am”, implying that his identity was hidden within the code.

It will be up to the readers to decided for themselves but I’ll leave  you with this – try to find any other name that fits the “my name is” cipher or that fits perfectly within each column of the 340 cipher.  It’s extremely difficult to do (I could find none) which makes me believe we should not be so quick to dismiss Stewart’s findings.

When examining the above ciphers and decrypted contents, important information can potentially be gleaned from Zodiac’s previously solved ciphers.  For instance, it is believed when his first cipher (408 cipher) was decoded within three months (it was a simple homophonic simple substitution cipher with a few oddities thrown in), Zodiac made subsequent ciphers much more difficult.

As he did in his taunting letters to the police, Zodiac always included misspellings in his ciphers (and often used the letter “Z” to throw a curve ball into the mix).  Below are examples of words that Zodiac had purposely misspelled.

Zodiac’s ciphers often used complex keys, multiple letters keyed to each individual symbol, anagrams, and quite likely, many more methods to make decoding of the ciphers difficult (or impossible).

It is believed that ciphers that could potentially lead to his capture were only meant to be solved under very specific circumstances (e.g. “my name is” could only be deciphered if you knew the solution beforehand – in other words, it is unsolvable).

The Most Dangerous Animal of All

may be purchased on Amazon.

5 thoughts on “Author provides compelling evidence that Zodiac Killer is his father – has Zodiac’s identity finally been revealed?”