Glowing UFO orb captured on video in the sky above Rome. Splits into two, then three, separate orbs. 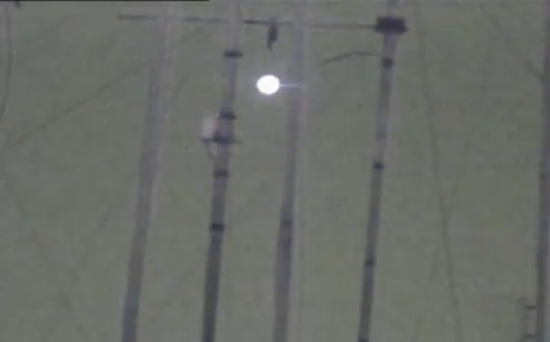 An amateur astronomer was filming satellites using a night vision camera when this odd UFO glided across his field of view. The object appears first as a large, glowing orb before tracking to the left and splitting into two, and then three, separate orbs. The video was captured around 1:00 AM on September 5, 2013 in the sky above Rome, Italy. You can check out the Rome glowing orb UFO video below the break.

Note: the light glare on the frontside of the telephone poles is a common artifact produced when using night vision photography.

The number of reports of glowing orbs in the skies have recently upticked.  In June, two strange glowing lights were captured in a photograph while hovering over the English city of Bracknell (see photo below) while in July, several glowing UFO orbs were photographed over Chicago. Just last month, several reports from multiple independent witnesses came out of Derby, UK regarding a recurring glowing orb UFO that periodically appears above the city.  The accounts of glowing orbs in these reports differ significantly from the description of oft-mistakenly identified “Chinese Lanterns” which tend to be smaller, “flicker” rather than “glow”, and are not typically round or oval-shaped as we see with the glowing orb reports. 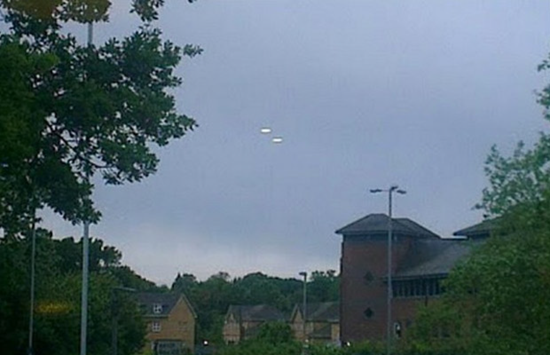