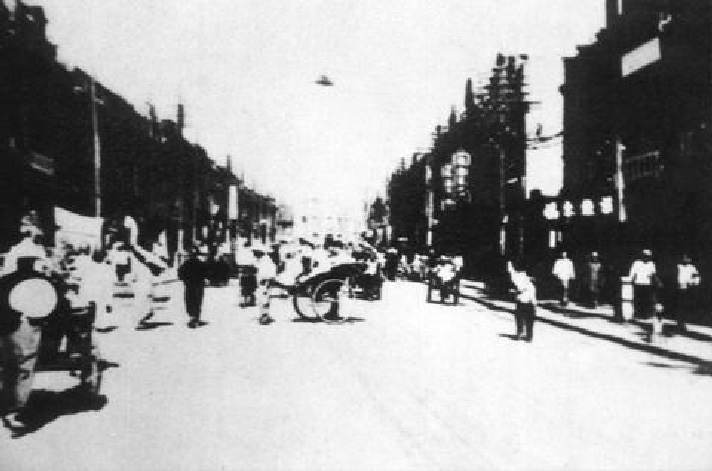 A young Japanese student Masujiro Kiryu, was going through his fathers scrapbook of photographs from the China Campaign, just before World War II, when he discovered a strange cone-shaped object in the sky above a Tsientsien Street.  In the photograph, a number of people in the street are looking up and two are pointing up at the object (click on picture for full-size view).  A sidewalk photographer snapped a picture of the strange machine and his father bought it from the street vendor for a souvenir of the place.  The sidewalk photographer was later discovered to be an American man on duty who was walking the streets of the northern Chinese town.  The American thought it was a “hat” silently blowing across the street.  He quickly grabbed his camera and snapped this infamous picture.

Very little details are known about this photograph.